Set within the time frame of two defining American calendar dates, Independence Day and Thanksgiving in 2008, video art piece ONE AFTER consists of 17 one-minute segments depicting nature during the first minute of every single execution that occurred in the state of Texas in those months. Without any textual or verbal narration, ONE AFTER approaches the topic of capital punishment from a meditative standpoint, leaving the interpretation of justice, the establishment of harmony and the execution of morals to the viewer.

ONE AFTER premiered on october 10, 2009 – the world day against the death penalty – at Openhouse Gallery in new york.

Created and Directed by

Discussion about capital punishment is as old as crime itself. Every notion has been communicated, every imaginable emotion has been felt, every judicial system has been examined, every academic discipline has been consulted and every action has been undertaken to establish, re-establish, support, condemn, improve upon or abolish the death penalty. Capital punishment exemplifies some of the most fundamental human traits that make our species unique: planned violence unrelated to self-defense and nourishment, desire for revenge, conscious deprivation of someone else’s dignity and, above all, voyeurism.

ONE AFTER deals with the latter. It consists of seventeen film segments, all shot in the Texas countryside during officially scheduled execution hours, over a time span of nearly five consecutive months framed by two of the most identifying and unifying American calendar dates: Independence Day and Thanksgiving. The purpose of ONE AFTER is to indulge in watching. Watching one segment after another. Watching a U.S. state one minute after the official commencement of an execution. Watching the state of our society. Watching one another. Watching oneself.

I conceived ONE AFTER during an almost life-long personal examination of the use of capital punishment, especially in the United States. Over time, after discussing the topic with many different people, it became clear to me that any discussion about the death penalty would be incomplete without allowing room for objectivity and reflection on societal circumstances that trigger crime in the first place. The video art project that unfolded was completely silent, employing neither language nor music, both of which might influence the viewer. My intent was to portray very peaceful, almost meditative Texan landscapes in bold juxtaposition to the concurrent events occurring within the state’s death chambers. The viewer must complete the piece by deciding what to think about while watching: the crimes, the victims, the victims’ families, the executions, the executed, the families of the executed, one’s own family or, perhaps, the state of a society that is more concerned with dealing with the aftermath of crimes than with preventing them from occurring in the first place.

Initially, we shot landscapes of all states in which there happened to be executions between Independence Day and Thanksgiving 2008, which would have increased the number to 26. Soon, however, I decided to focus on Texas, the state that has come to be most readily associated with capital punishment. As for the execution dates, we received information from the National Coalition to Abolish the Death Penalty, located in Washington, D.C., as well as from the Texas Coalition Against the Death Penalty. David Atwood and Nancy Bailey were our allies in Texas, and the successful completion of our project might not have been possible without their reliable support. Off location, I directed the work of three directors of photography from Texas and gave them two rather unusual tasks. First of all, because the project depended on documentary-like authenticity, they knew they had but one chance to capture the exact hour of each execution. Tardiness or technical mishaps would have ruined the entire project. Secondly, after sharing with them the vision I had in terms of the project’s cinematography, I decided to let them pick the locations. By doing that, I not only made use of their familiarity with the territory, but I also allowed them to participate as a local audience, selecting what to focus on during the executions. Jay Olivier, Troy Frizzell and Matt Miller did an outstanding job. I also commend the open-mindness of my fellow producer, Madeline S. McEneney, for getting involved in a film project that had the potential to portray her own country in an unflattering way.

Supporters of capital punishment as well as its opponents share a common goal: the protection af a country, its society and its culture from malevolence. Both sides, as polarized as they are, desire to reach closure and see that justice has been served. Both sides, motivated by a most basic human need, strive to achieve balance and harmony, dignity and order. ONE AFTER offers a common ground for death penalty supporters and opponents alike. Our project may be seen as a memorial to all victims: the victims of the crimes that led to the executions, the falsely accused, and even the justly accused who paid for their deeds with their lives. It is a message to all to seize opportunities that draw children away from and not toward an environment that nurtures potential criminals. No one can bypass the fact that, whatever role one may play within society, one has a choice in defining and abiding by one’s personal morality. An audience will be guaranteed. The results are to be seen.

ONE AFTER belongs to my projects that required me to produce from afar which is especially challenging because you have to rely on a lot of people on location. David Krohe of Assignment Desk in Chicago was great, as were David Atwood and Nancy Bailey of the Texas Coalition to Abolish the Death Penalty. It was a unique project with an interesting concept and a great crew. I’ll never forget calling Texas to track someone’s execution by the minute. That was pretty eye-opening and tough and something you didn’t get used to. 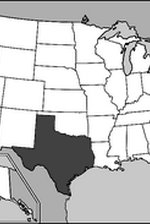 Texas The 28th State of the United States of America

Texas, the only state to enter the union by treaty instead of annexation, became the 28th state in December 1845. Throughout the state’s varied history, six different flags have flown over the territory (Spanish; French; Mexican; Republic of Texas; Confederacy; and United States of America). Prior to joining the United States, and after declaring its independence from Mexico, Texas was a republic for almost ten years. Popularly known as the “The Lone Star State”, the nickname is derived from the symbolism of the single star on the Republic of Texas flag. The star signifies Texas as an independent republic and serves as a reminder of its struggle for independence. To this day, the lone star is still a distinguishing feature on the state’s flag. Texas’ state motto is friendship, and the word Texas is derived from the Indian word tejas, meaning “friends” or “allies”. In opposition to this motto, however, Texas law employs capital punishment. Since its inception, Texas has used a variety of execution methods: hanging; shooting by firing squad, electrocution, and lethal injection. In December 1982, Texas was the first state in the world to use lethal injection, which is now the primary method for executions in the United States. Since 1976, with over 480 executions, Texas is the first in number for executions carried out in the United States (despite the fact both California and Florida have higher numbers of inmates on death row). Thirteen of these executed individuals were juveniles. With the 2005 Supreme Court ruling in Roper v. Simmons, the death penalty is now forbidden in all states for those under the age of 18 at the time of their crimes. Despite this ruling, Texas still sanctions the death penalty for capital crimes committed by those individuals over the legal age of 18. 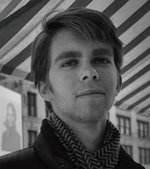 Duncan McInnes is a freelance graphic & web designer and photographer. He has designed websites for businesses ranging from scenery shops to medical practices, and also for events as well, such as the U.S. visit of the descendant of the Buddha. Duncan has photographed a wedding, family portraits and musical events. For M.Y.R.A. Entertainment, aside from ONE AFTER, he worked on the key arts for LE PARDON and TELLING A YOU. When he is not working on a project or studying for school, he walks around with a camera, ready to capture anything. Originally from New York City, he is currently studying at Binghamton University in upstate New York. 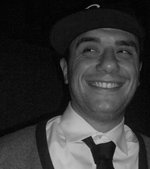 Matt Miller is a director of photography and sound mixer. Among many television and film projects, his credits include sound mixing on the independent feature THE MAN FROM ORLANDO as well as commercial and corporate work for various clients. He holds a B.A. in Radio, Television and Film from the University of North Texas. He lives in Austin, Texas. 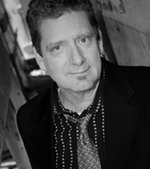 Troy Frizzell is an award-winning video producer. For over 20 years, he has created video products for broadcast, corporate and government clients. Troy’s film credits include documentaries, MILES TO SURF, which he produced and edited, and CHANGING LIVES, which he edited. His documentary work has been recognized at film festivals in the United States and Europe and is distributed internationally. As a freelancer, his clients include Dow Chemical, the Houston Rockets, the Menil Collection and Shell Oil among many others. Between 1996 and 2000, when he worked for Presentation Services, a premier provider of live event support services, clients included Continental Airlines, the NCAA Final Four and the Texas State Teachers Association. In 2010, he was recruited by Liaison Resources, a national leader of in-sourcing creative professionals and is now producing for Dell Computers. Troy holds a B.S. in Radio, Television and Film from the University of Texas. He lives in Austin, Texas. 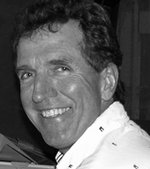 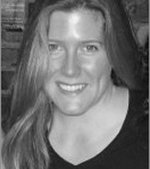 Madeline S. McEneney is an independent filmmaker. A media industry veteran with over 15 years of experience at companies such as HBO, Disney, PBS, National Geographic, and The Jim Henson Company. With a rounded expertise in production, concept development, distribution and marketing, Madeline focuses primarily on documentaries, narratives and children's content for all media. Selected projects and credits include the docudrama C. S. LEWIS: BEYOND NARNIA, a primetime Christmas special on the BBC, HBO documentaries including Academy Award winners THE PERSONALS and KING GIMP, as well as Emmy Award winner CHILDREN IN WAR. Under her own production banner, Triple8Park Pictures, Madeline has also produced LE PARDON for M.Y.R.A.Entertainment. She is the producer and director of PEACE BY PIECE, a documentary exploring possibilities for world peace. A member of New York Women in Film and Television and an Atlantik-Bruecke Young Leader, Madeline lives in New York.